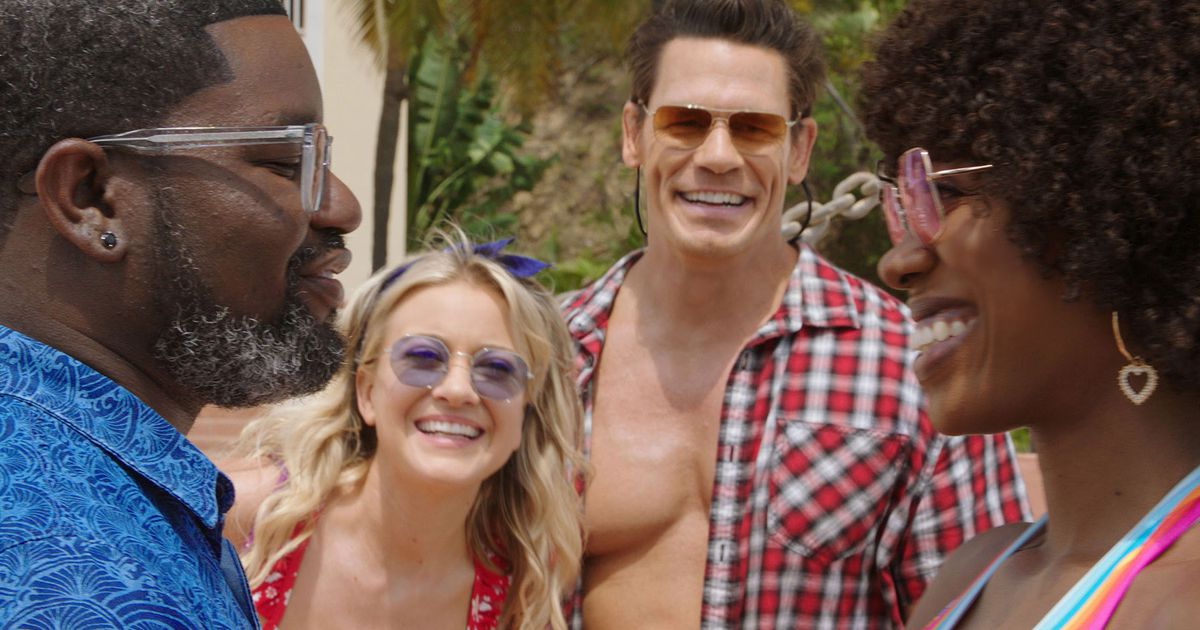 1. Howery’s facial expressions as Straight Marcus. The actor busy in films ranging from “Get Out” and “Uncle Drew” to “Bad Trip” and “Free Guy” specializes in acting pained, annoyed and at times outraged by any ridiculous circumstance around him. In this case, he frequently reacts to Cena’s antics as Ron or to newcomer Meredith Hagner’s outbursts as Ron’s fickle girlfriend, Kyla. “He plays so well with his back foot,” said director Clay Tarver. “It is a joy to see him irritated and staged.”

2. The bouncy and always pleasant dynamic of the couple played by Cena and Hagner. Their sheer madness helps relax Marcus and his fiancee Emily (Yvonne Orji) during their vacation, making it a week to remember. Ron and Kyla swap cocaine for salt on margaritas. Ron shoots a bottle over the top of Marcus’ head for fun! They spontaneously jump off a cliff, leading Marcus and Emily to follow suit. “You are already preparing for something crazy to happen,” Tarver said. “The moment you start to relax, they go crazy.”

3. The instant Rube Goldberg. Marcus holds wedding rings in his hand at the corner of a public street. It is obvious that he will lose them. The question is: how? The producers create a silly sequence of events involving a squirrel and a crow. “I rewrote it in 2016,” Tarver said. “I got there the day we shot it and I thought, ‘Was that a good idea? It might be a stupid idea! But once we shot it and the visual effects were brought in, it really worked. “

4. The classic son-in-law / father-in-law game. There is no shortage of comedic tension between Robert Wisdom’s haughty stepfather and Marcus’ insecure son-in-law. Some if it is Marcus’ blue collar parents and later inadvertently ingesting a magic mushroom. “Rel embraced the humiliation of it all,” Tarver said.

5. Jokes from Waffle House. The movie’s ode to the Atlanta institution will have you dreaming of classic hash browns scattered, smothered and covered.