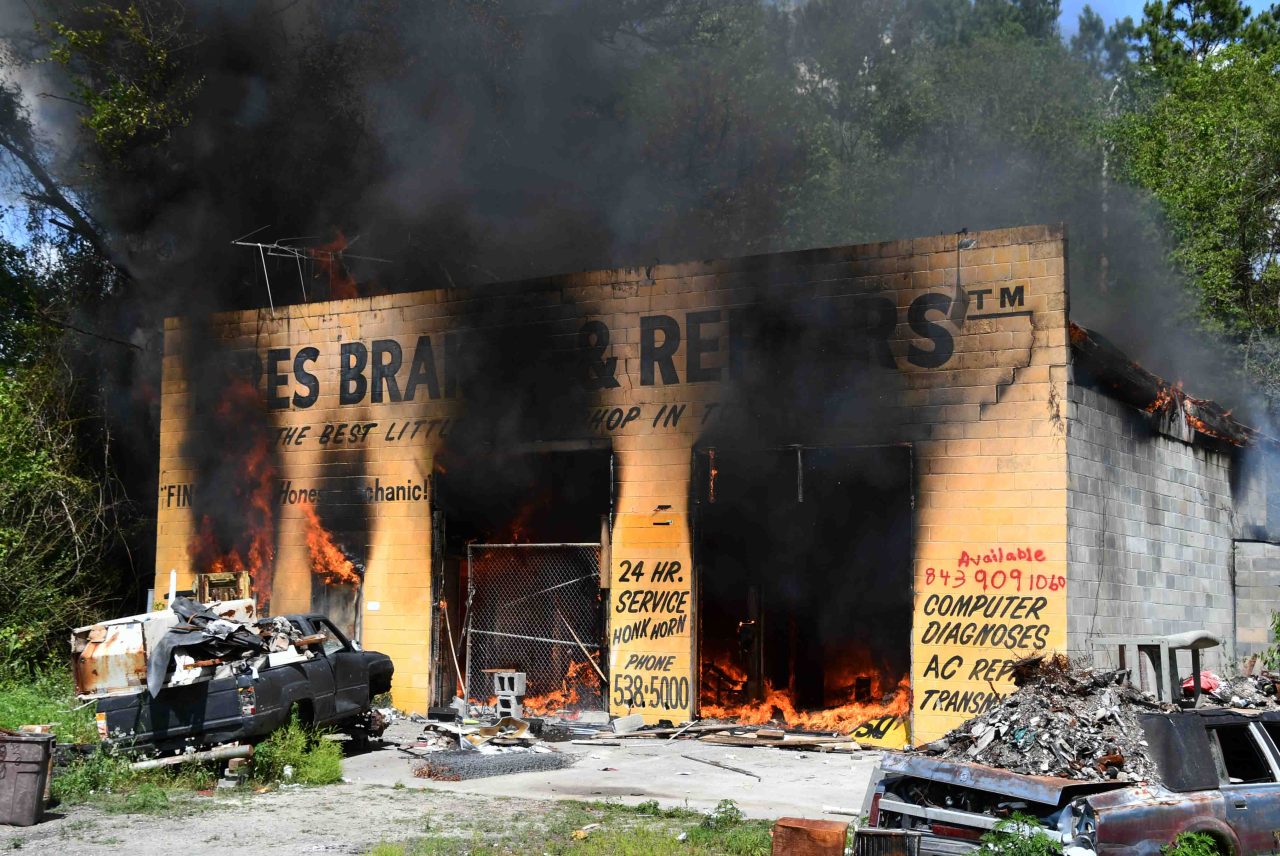 Fire crews responded to a vacant car workshop near Acorn Road around 3.14pm where they found flames coming from the front, back and roof of the building.

Crews quickly worked to fight the fires at both locations, using heavy equipment, and received assistance from the Walterboro Fire Department.

Vehicle chase ends with driver killed on I-26

The motel‘s roof was damaged and the auto shop building suffered extensive damage and was gutted, leading to its condemnation.

Officials said squatters lived in the two-story building. No injuries were reported.

Fire Rescue officials said it was the second time in three months that the auto shop had caught fire. The first, which happened in late March, was when the fire appeared to have spread from an unattended burning barrel that was behind the store. Flames from this fire ignited a large pile of debris and spread through the building.

Get more for your money this holiday season