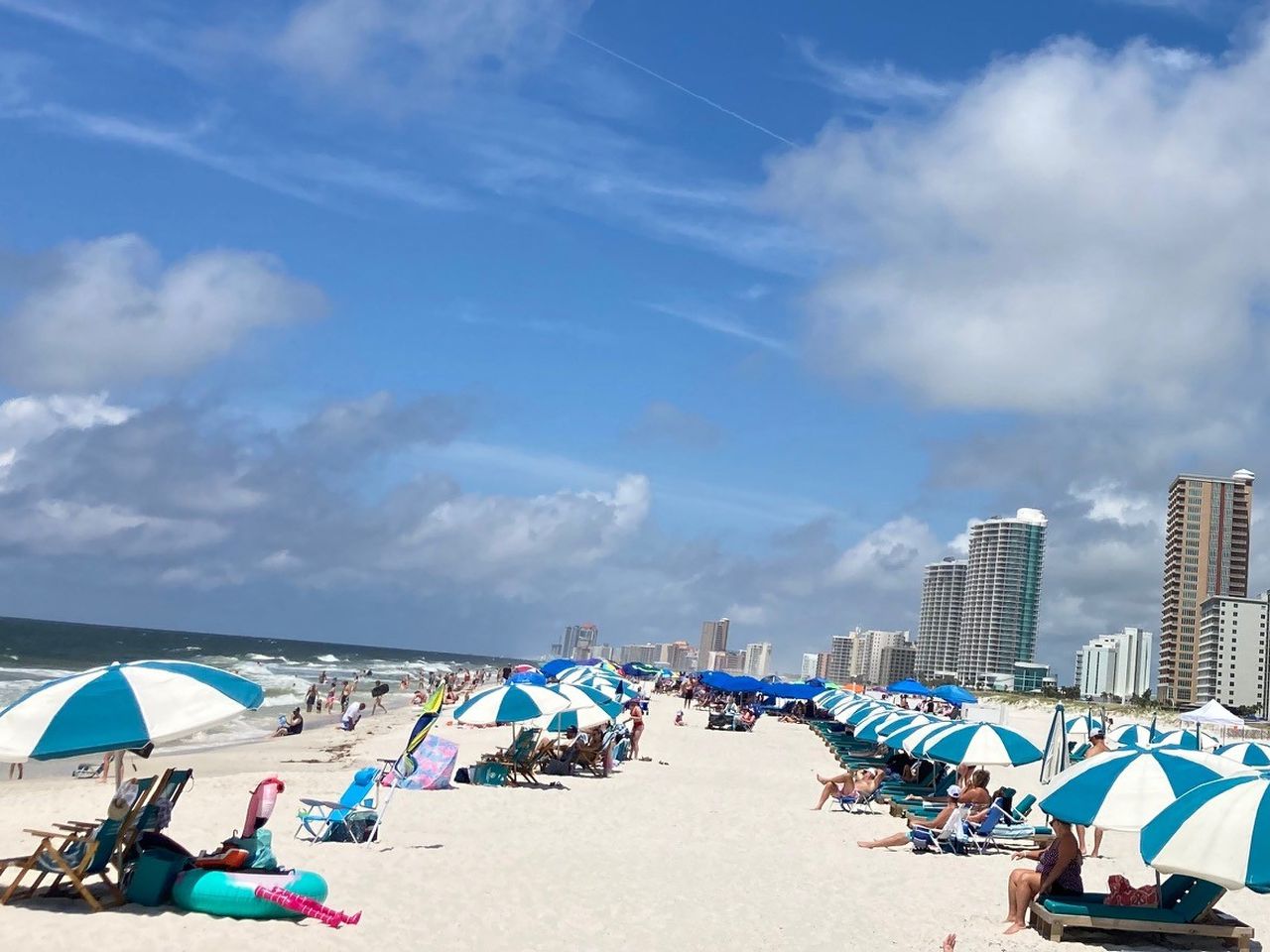 Tourists flocked to Alabama beaches in record numbers the year after the coronavirus pandemic began in 2020 and before inflation started eating away at people’s wallets.

According to state records released earlier this month, 8 million visitors came to Baldwin County in 2021, which is a 17% increase from the 2019 record.

The warm coastal market has also seen Baldwin County solidify its dominance in the share of visitors coming to Alabama. The county’s 8 million visitors accounted for 28.4% of the 28.2 million people who visited the state in 2021, up from 23% in 2019.

Travelers spent more than ever. More than $9 billion was spent in Alabama’s Gulf Coast region last year, a whopping 46% of the $19.7 billion spent in the state. Two years ago, the Gulf Coast accounted for 39.7% of the state’s overall travel spending.

But with the arrival of Memorial Day weekend – seen as the official start of summer travel – coastal travel officials predict a return to pre-pandemic levels, with businesses debating the extent of the inflation and record gasoline prices that will affect the season.

In other words, the record days are back. They just won’t break any records.

“We are closing in on 2019 occupancy numbers heading into summer,” said Beth Gendler, president and CEO of Gulf Shores & Orange Beach Tourism. “That will likely mean fewer visitors than summer 2021, but 2019 was a banner year for the destination and what we consider the last normal year before the pandemic.”

She added: “Our outlook for the summer is that it looks to be very busy and a strong summer here along the Gulf Coast.”

“Our occupancy patterns go back to 2019,” said Randy Hall, owner of Liquid Life Vacation Rentals, which rents up to 340 condominiums in the Coastal Zone. “What that means is that things are mild from April 15 to May 15, after spring break and before the peak of summer.”

He said rising fuel and food prices had no impact on summer tourism.

“We don’t have cancellations at a higher than normal rate,” Hall said. “There is no evidence that gas prices have an impact on beach vacations.”

Hunter Harrelson, who operates Beachball Properties, said April and May were down this year because the Easter holidays were later this year and children were returning to school until May.

Harrelson said his summer bookings were lagging. Unlike Hall, he blames it on inflation, gas prices and other issues.

“The best way to look at things in a bubble is for my luxury properties and my big houses to follow or exceed last year,” Harrelson said. “Value properties may be lagging behind.”

He added: “I would imagine a family of four, with an income of $60,000 to $70,000, feels the pinch much stronger than a family producing twice that. An extra $100 a month at the pump makes a big dent in their total account.

Harrelson also said beach vacations are competing with trips that were almost non-existent last year, such as cruises.

“Many forget, at this time last year, you needed vaccination passports, negative tests and masks to fly,” he said. “Now you can cruise and fly anywhere. And those markets are working hard to win back business.

Still, Harrelson anticipates a year more like 2019. Great, but not earth-shattering.

“Critical for your workforce”

Even still, the continuous beach boom is creating an increasing demand for workers. Coastal business officials have taken notice and are approaching municipal officials in Gulf Shores, Foley and Orange Beach to ask for help in developing a $214 million, 140-acre workforce development campus along from the Foley Beach Express to Foley. The campus would include 1,000 housing units that could potentially add up to 2,000 people to the region’s workforce. 250 additional dormitories would be reserved for students.

Gendler said companies miss 4,000 to 8,000 workers in the summer months and struggle with shortages throughout the year.

“We just don’t have enough residents to meet our business needs to serve customers visiting our area,” Gendler said. “This campus would meet the most vital need to attract these workers: housing. There must be somewhere to live while they work here temporarily, and we don’t have one now.

Indeed, some venues — like Perdido Beach Resort — must reserve rooms that would otherwise be rented out to visitors so they can house their own employees.

The shortage worsened last year when the hospitality sector struggled to rebound a year after restaurants and other entertainment venues were closed by the pandemic.

Ed Busshaw, Vice President of Workforce Development at Gateway Initiative, offers a multi-faceted education and housing campus that is supported by Coastal Alabama Community College and the University of South Alabama. He presented the proposal to Gulf Shores City Council on Monday and plans to do the same early next month in Foley and Orange Beach.

Each city is being asked to invest $100,000 to support an economic development study and other pre-planning needs associated with the project.

“When you get to the point where things are critical for your workforce, people open their minds,” Busshaw said. “We surveyed members of both chambers and asked if the companies would subsidize monthly housing and every company said ‘yes’ except for the state park and the reason is that they can’t subsidize housing. .”

Bushaw said efforts are underway to fund the project and that the Gateway Initiative is hoping for congressional ownership of Richard Shelby’s US office. He also said American Rescue Plan Act funds could be used for the project. The state education trust fund could also be a resource to support the campus, which will be used to train students entering the hospitality industry.

Other educational opportunities could be included.

“We hope to recruit people who want to come here to study marine science and maybe entice them to stay here with us,” said Donna Watts, president of the South Baldwin Chamber. “We are surrounded by water. We have to support that. We have a lot of hope that this could be the solution to reverse the trend of the lack of these employees.

The campus would also provide housing for international J-1 workers, among others. A daycare center will also be located on campus. According to Gendler, child care “is sorely lacking in South Baldwin County.” In addition, a transportation center will be part of the facility and will provide buses for seasonal workers.