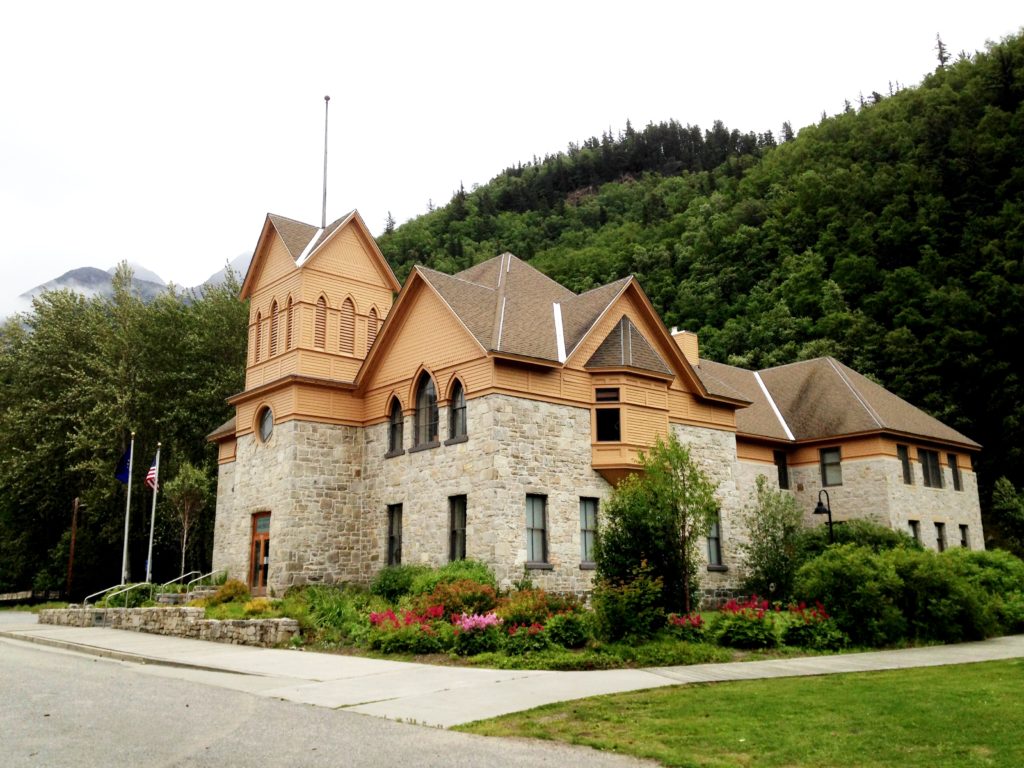 This week, Skagway could take a step closer to completing an archaeological survey of the site of the former Pius X Mission School and could approve a multimillion-dollar design plan to improve its waterfront infrastructure. KHNS’ Mike Swasey spoke with Mayor Andrew Cremata on Wednesday for a preview of this week’s Borough Assembly meeting where both topics are on the agenda.

Swasey – Let’s start with the archaeological assessment of the Pius X Mission School site where the Garden City RV park is located. It looks like an offer is ready to be accepted, tell us more about it.

Cremata – Yeah, so the assembly asked the staff to find someone who could do this field study. So the one recommended by the staff is the one in the package. And I imagine that’s probably going to be a pretty easy decision for the assembly, given that there’s been unanimous support for it from the start.

Swasey – And how much will this investigation cost the municipality?

Swasey – Yeah, that was it. And then how much of that is, you know, is the STC going to absorb some of that? Or is the municipality responsible for all this?

Cremata – My point of view is that the municipality is the one that pays. They are the owner at this point. I think that was the direction of the assembly table, if I’m not mistaken.

Cremata – Well, I can partially answer that, it’s definitely going to have an impact on the RV park. And I think there’s going to be, it’s going to be done in sections, it’s not going to be where the whole park is done in one go. I don’t understand the science behind this, it’s not my forte. I always had the impression that there would be ground penetrating radar. And if there’s other debris, if it’s difficult, are they going to have to dig? These are good questions to which I don’t know the answer.

Swasey – And what is the start date?

Cremata – So I think everyone hopes it will be in June, July, somewhere in this neighborhood. But that’s a tentative start date, of course.

Swasey – OK, let’s move on to Ore wharf development plan. Looks like it’s a pretty expensive plan just to draw designs, 4.5 million dollars worth of designs. Tell us, you know, a little more about what to expect from this plan.

Cremata – We are talking about our future here. So, and you know, plans and engineering are expensive. Truly, these technical estimates are by no means off limits. They are well within the parameters of what you would expect for a project of this magnitude.

This makes Skagway one of the cruise industry’s top destinations for the next 30 to 50 years. We will have one of the finest docks, a dual purpose dock, in all of Alaska. And it’s an ambitious schedule and I hope the assembly moves it forward quickly so that we can have this dock in place and ready to accept Quantum-class ships in 2024.

Swasey – And do you have an approximate cost?

Cremata – Well, I know what it was. It was $48 million before the addition of phase three. But with phase three that the planning and zoning committees and the port and port committees have decided to put in there, it increases that cost. So I don’t know exactly what that final number was.

Swasey – Alright, so it’s gonna be over $50 million. And how long will it take the municipality to pay? Any idea how to pay for it?

Cremata – Well, there are several ways to pay. I think, you know, a lot of the conversation that we had revolved around income guarantee. We will therefore have customers who will want to use these docks to bring Quantum class the ships, you know, the big ships, Breakaway class ships, to Alaska here in the years to come. And because we have users, it’s a guaranteed income that will go to the municipality for the use of the wharf. So when you are looking for a way to pay it, the Tax Bond is a fantastic, low interest way to pay it because it doesn’t come out of taxpayers’ pockets. It is ultimately the users who pay for the construction of the wharf.

Swasey – Alright, Mr. Mayor, thank you very much for the assembly preview.

Cremata – Hey, thank you. Have a nice day.

The Skagway Borough Assembly meeting can be streamed live at 7 p.m. Thursday at khns.org.