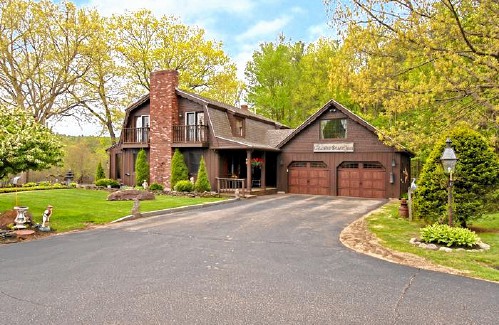 Are rental and vacation homes the reason it’s hard to find accommodation?

What explains the incredibly tight housing market in New Hampshire right now, with rental units nearly impossible to find and homes snapping up the moment a For Sale sign pops up?

One possibility is that the market is artificially compressed by holiday homes or short-term rentals, which are only occupied part of the time and unavailable for full-time living.

A recent New York Times article entitled “Vacant houses everywhere”, based on search by the LendingTree site, fueled such speculation by saying that New Hampshire had a 17% home vacancy rate at the time of the 2020 census, one of the highest of any state. Vermont and Maine top the list with vacancy rates of 23%.

But that doesn’t appear to be a factor in the recent market squeeze, judging by a New Hampshire Housing analysis of American Community Survey data that was released Thursday. These numbers indicate that the number of vacancies in the state and in Concord has remained virtually unchanged from 2010 to 2020.

There are many caveats when looking at the first analysis of the ACS figures, which are based on surveys of randomly selected households and summarized over five-year periods. Significantly, they do not include data since late 2020, a period of extreme market tightening and very rapid growth in rents and house prices.

■ The percentage of housing units in the state classified as “vacant” – which includes abandoned properties as well as those where the occupant “will be there for 2 months or less” within the year – was the same in both periods. It was 15% in 2010 and 16% in 2020, but that difference is less than the margin of error, so it’s just as likely that they were the same.

■ The percentage of units classified as “vacant” in Concord was much lower than the statewide, but also has not changed over time: it was 5% in 2010 and 6 % in 2020, a difference below the margin of error.

■ Statewide, about two-thirds of these vacant homes were “for seasonal, recreational, or occasional use” – in other words, vacation homes – and one-tenth of the vacant homes were “rented, unoccupied,” which can mean short-term rentals like AirBnB. These two percentages were similar in 2010 and 2020.

■Concord has seen a big change in the type of vacancies, but it’s hard to know what to make of it: The percentage of vacancies listed in the catch-all category “other vacant homes” has fallen from 24% in 2010 to 49 % in 2020 – one possibility is that these are the homes of ‘snowbirds’ heading south in winter – while the percentage listed as ‘for rent’ has fallen from 49% in 2010 to 30% in 2020. Concord only has a handful of vacation homes.

■ Virtually none of New Hampshire’s vacant homes are classified as being for migrant workers.

■ Perhaps the most important data point for Concord is not about vacancies at all: the total number of homes in the city has remained unchanged over the decade to 2020, even though the city’s population state increased by 4.6%. No wonder units are hard to come by here.