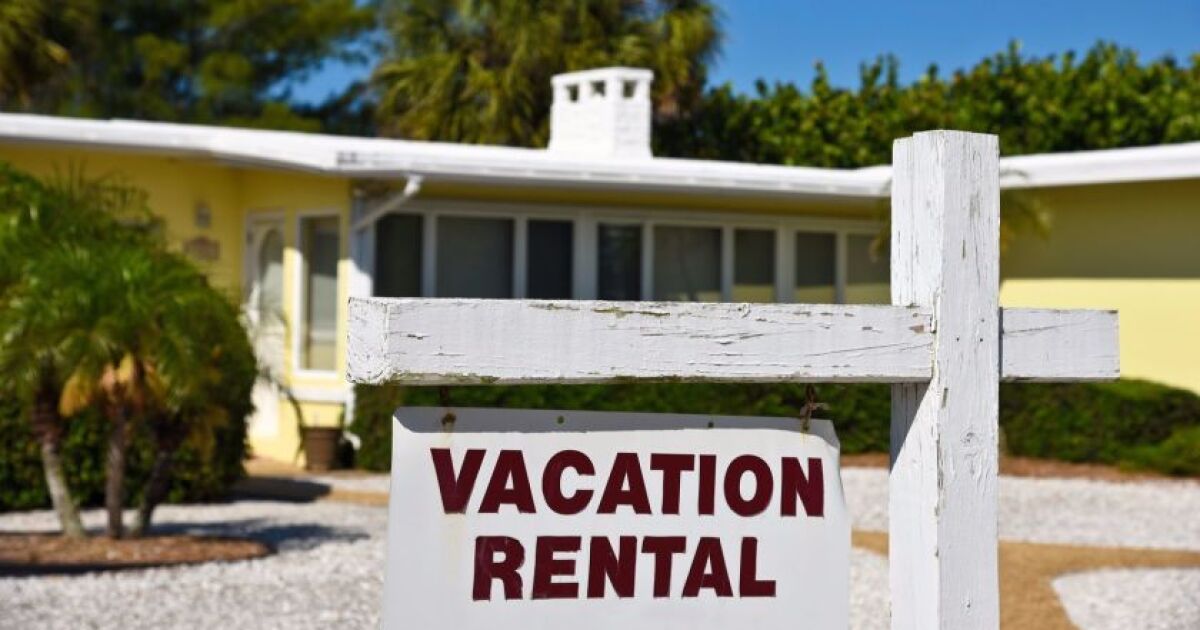 The start of long-stalled City of San Diego short-term rental regulations could be delayed until later this year, pending the outcome of a review required by the California Coastal Commission. .

The new bylaw, which was approved by city council last year, was due to come into force on July 1, but council agreed on February 1 to delay implementation until nine months after the Coast Commission certified the new legislation.

The commission, which is due to weigh in on new rental rules in coastal San Diego, is due to consider the matter in March. If the commission were to approve the regulations at this meeting, the effective date would be no later than December.

At stake is a citywide approved cap on what will be coveted licenses allowing hosts to rent out their homes and apartments for short-term stays advertised on popular home-sharing platforms such as Airbnb and VRBO.

“I want to assure citizens that this delay will really ensure the success of the short-term vacation rental ordinance,” said Councilwoman Jennifer Campbell, whose office a few years ago reinvigorated efforts to formally regulate short-term stays in people’s homes. “I know people have been waiting for many years for these regulations to become law, and I understand their impatience. So I want you to know that I remain as determined as ever to complete this task.

“This amendment will give staff the ability to scale up services and provide operators with a more realistic window of opportunity to comply with regulations.”

The council vote was 8 to 1, with Councilman Joe LaCava dissenting. LaCava, whose District 1 includes La Jolla, had opposed the ordinance when he appeared before council last spring, arguing that short-term rentals should not be legalized. He unsuccessfully proposed amendments that he believed would strengthen it.

As well as awaiting action from the Coastal Commission, city staff said they are concerned about launching a new program so close to the approaching summer season, when vacationers will typically have booked their rentals. months in advance.

Without that delay, vacation rental hosts would not know in advance whether they have licenses, which will be issued through a lottery system, the city treasurer’s office said.

San Diego’s new ordinance will cap whole-home rentals citywide at 1% of the city’s more than 540,000 homes, or about 5,400. An exception was made for Mission Beach, which has a long history of rentals vacation. There, the allocation is more generous, with licenses limited to 30% of the total number of housing units in the community, or about 1,100.

While short-term rental hosts hailed the postponement of licenses in light of the approaching summer, critics remained skeptical that new city regulations will make a difference in preserving the residential character of neighborhoods. single family.

“This vacation rental ordinance has been doomed from the start,” said Matt Valenti, tenant and Save San Diego Neighborhoods member, who argues that vacation rentals should be banned in residential areas. “Our city already can’t enforce the most basic quality of life issues, like noise complaints. He will never be able to properly enforce this overly complicated program, causing more and more affordable rental housing to be lost throughout San Diego.

Prior to the still-undetermined effective date of the ordinance, city staff will hold a lottery to determine who will get a two-year license to legally operate vacation rentals. Under the proposed lottery scheme, the highest priority will be given to long-term rental operators who have had no code violations associated with their units in the last two years. Points will be awarded on a weighted scale that wouldn’t necessarily guarantee those people a license, but the system will improve the likelihood of “good actors” getting a license, according to the city treasurer’s office.

Total administration and enforcement costs over a two-year period are estimated at $8.1 million, which includes over $1.2 million in one-time costs for licensing software, phone system, the purchase of three new municipal vehicles for the application and the hiring of new personnel. . In all, the city proposes to add 15 positions, including nine in the application of the code. ◆