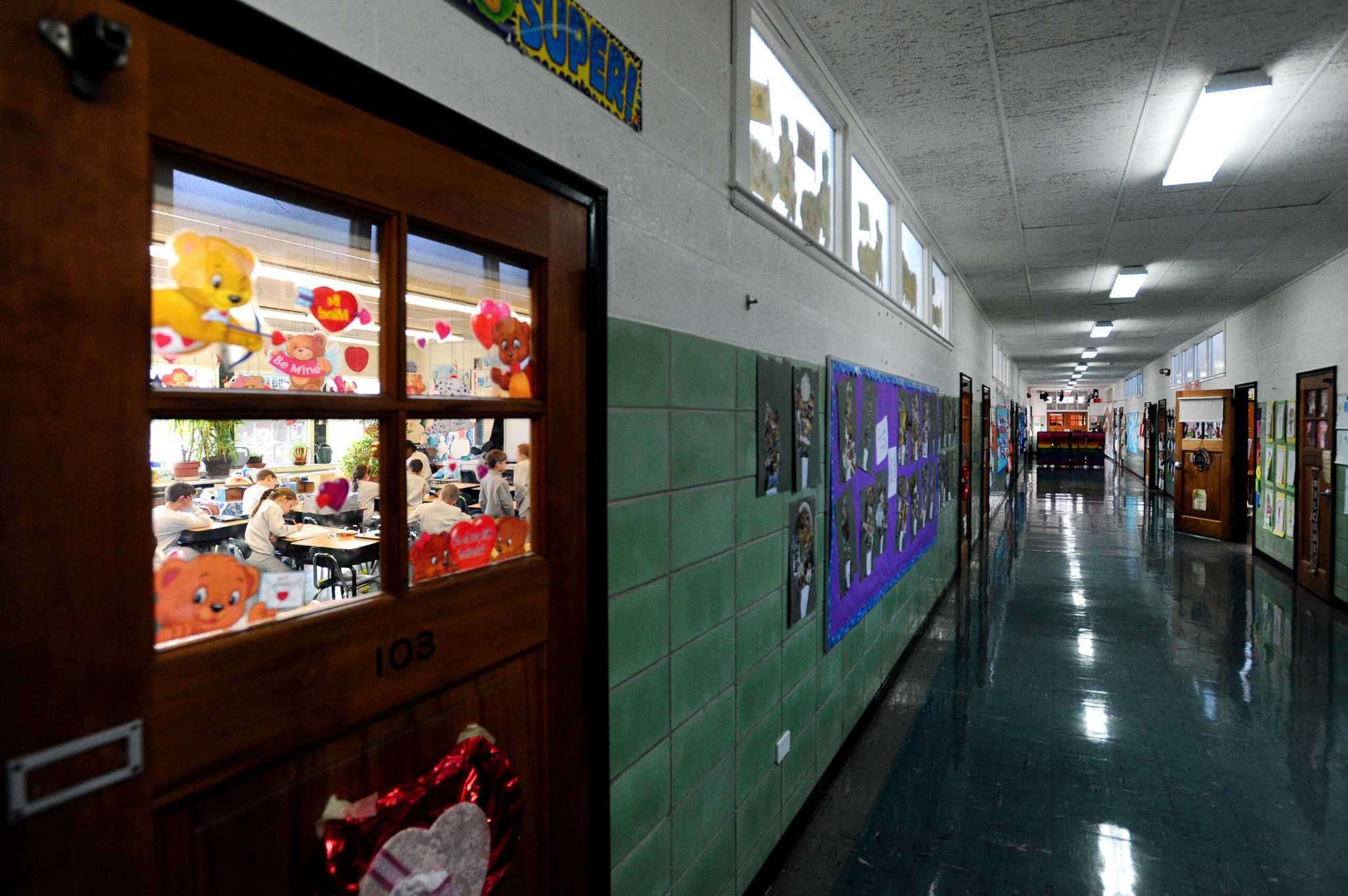 But the days when she had her daughter in a middle class of 11 students are coming to an end.

There could be as many as 25 students in a new consolidated Catholic academy in Kindergarten to Grade 8, a combination of the city’s four parish primary and secondary schools that will open this fall.

“I was looking for smaller classrooms, more a sense of small community,” Visokey said, noting that Holy Spirit was the only school where it “had that vibe”.

“I felt like this could be my kids’ house,” said Visokey, who decided to transfer her daughter to St. Patrick’s School in Bedford, NY.

Bishop Frank Caggiano announced earlier this month the restructuring plan, which will bring elementary students from Holy Spirit, Our Lady Star of the Sea and Sainte-Cécile together in one building. Students will attend St. Cecilia until 2020, when they will transfer to the renovated Trinity Catholic Middle School.

Visokey and other parents believe the two-step transition will be disruptive for their children, but Bridgeport spokesman Brian Wallace said the bishop “must act now.”

Visokey, who is vice president of the Holy Spirit Parents Association, felt compelled to decide to enroll her children in the combined school, as priority enrollment for current families ends Wednesday. She recognized the need to consolidate, but said “we are all pushed together” instead of waiting for the college building to be renovated.

“There is no right time and there is no perfect solution,” Wallace said, noting that the goal was never to save a building.

The restructuring plan comes after months of discussions over the state of Catholic elementary schools in Fairfield County, where enrollment fell to 6,400 students from 7,770 in 2009.

But what the diocese describes as a well-envisioned process raised questions about Sainte-Cécile’s ability to accommodate hundreds of children and maintain all of the programs offered in the other buildings.

The main challenges facing Catholic education in Fairfield County are that some working families can no longer afford the average tuition fee of $ 6,400 in Catholic schools, that fewer young families have active faith lives, and that public schools have become more competitive.

The schools in Stamford that will merge have fewer than 600 students, up from more than 700 five years ago.

Wallace said the current class size is not financially sustainable and does not guarantee better academic performance.

“Some of these schools have classrooms so small that you obviously can’t reproduce them cost-effectively,” he said.

John Lindell, whose daughter attended St. Cecilia, said the facility at 1186 Newfield Avenue is ideal for the three-year transition. In fact, most of the 14 classrooms are at least 900 square feet in size.

“When you look at how big they are, you will see that they will be able to accommodate all the students that come in,” he said.

The bedrooms are also bright and air conditioned. The 1955 building also has a large library, a computer lab with 28 computers and at least one multipurpose room. Outside there are two playgrounds, a basketball court and approximately 1 acre of grassy space.

The school does not have a gymnasium or cafeteria, but the students have gymnastics lessons in a church hall. The approximately 2,500 square foot room, which is on the lower level of St. Cecilia Church, is also used for events, meetings and has enough space for a cafeteria – a plan, according to Lindell, is under consideration.

Lindell, who is part of the diocese’s “Imagine 2020” committee, said parents who are reluctant to enroll their children should visit Sainte-Cécile first.

“I recommend it to everyone,” he said. “It really was a home for my daughter, not just a school. That’s why I volunteered to be on the committee.

Wallace said the savings from consolidating into a single school will be used for investments in education, including improved facilities, technology, programs and scholarships. The diocese’s debt consolidation of nearly $ 300,000 is expected to turn into a surplus of $ 400,000 after consolidation.

“Any future surplus stays in the schools,” Wallace said, noting that some classes will likely have far fewer than 25 students.

The diocese plans to offer two classes for each level.

College students will also move, but only once. They will be relocated in 2018 to a newly renovated and permanent space on the lower level of the Trinity Catholic High School building, which is on the same campus.

All affected employees who wish to work at the new school will need to apply for a position. Those who are not successful will be placed on a transfer list for other Catholic schools in the county.

Director Dina Monti, who oversees both Sainte-Cécile and Saint-Esprit, said she was excited about the plan.

“It’s innovative,” she says. “Parents and children are delighted and that is the key point. ”