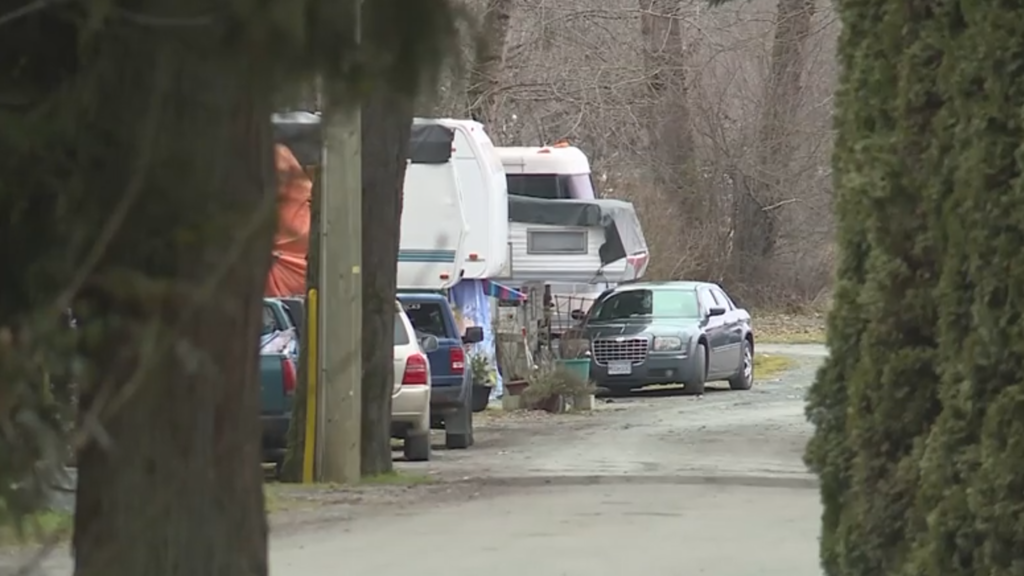 Darien Lebold, a friend and a dog are among those affected by the ongoing housing crisis.

The trio are parked near Cowichan Bay where they have been staying for a few days, having lived out of their van for over a year.

Lebold says he lost his job related to Covid issues at the end of 2020 and since then has found himself in a catch-22.

“I had a few interviews in Vancouver. I’m usually able to get the job, but since I’m not able to clean myself up enough for an interview, it’s hard to even show up properly. It makes it so you can’t really get a job at that time,” Lebold said.

They’ve toured in search of housing, jobs, or just a better place to stay, but until now affordability has been out of reach.

“Because with our income, we can’t afford anything. They cost at least $1,400 for a bedroom and we don’t have the money to do that,” Lebold said.

It was those like Lebold who called Riverside Cabins, RV and Camping to find a place to park and live.

“I had three [calls] already today. Some days, 10 a day, they come from all over,” said John

Riverside is currently full with 150 people here whereas historically in winter it would be empty.

But Ian Morrison says it’s problematic when people allow those living in campervans on their properties without proper water and sewage.

Back in Cowichan Bay, Lebold just wants to break the cycle of life in a van, but the road to get there seems elusive.

6 reasons why a personal loan is ideal for debt consolidation