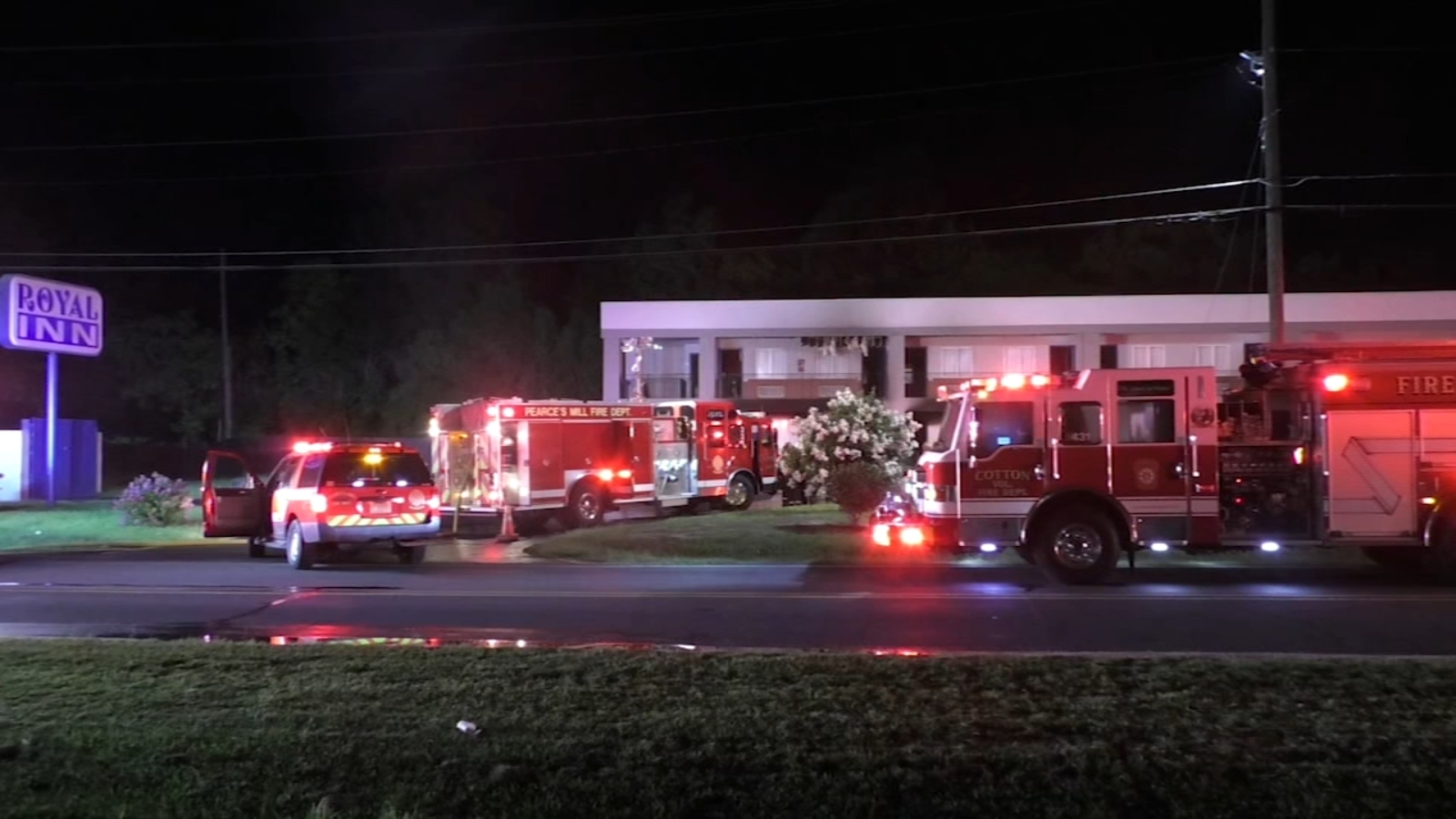 Thirty-seven firefighters from eight departments responded to the Royal Inn at 2640 Gillespie Street around 4:20 a.m. Saturday.

Video footage showed the suspect going in and out of a room several times as it burned for 30 minutes before leaving. No attempt was made to extinguish the fire or to inform anyone that the Royal Inn was on fire.

The sheriff’s office said the suspect was Michael Devon Dunham, 44, of Saint Pauls. He is wanted for first degree arson and arson of personal property.

Officials told ABC11 that more than 40 guests have been checked into the hostel and are now due to move out.

The fire started on the ground floor of room 112 and spread to the second floor.

No one was injured, but two people who were recorded in the room where the fire apparently started have not been found.

Thick smoke and flames were seen billowing from a first-floor hotel room, which was later destroyed by the fire.

Anyone with information about this investigation or Dunham’s whereabouts is asked to contact arson investigator R. Tyndall at (910) 677-5499. If anyone would like to report crimes anonymously, please contact Fayetteville/Cumberland County CrimeStoppers at (910) 483-TIPS (8477). Information may be transmitted electronically.