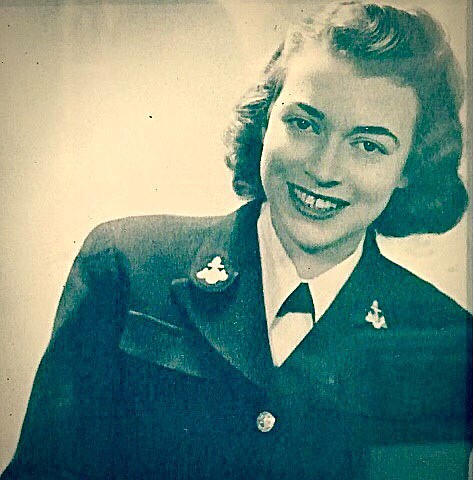 Helen Walterskirchen Neumunz, “Skirsh”, a talented artist and talented golfer, passed away peacefully in Layton, Utah on June 16, 2021, at the age of 99. She was surrounded by her children and family members at the time of her death.

Funeral services with Navy military honors will be held at CE Conrad Memorial Cemetery in Kalispell on October 9 at 1 p.m. Family, friends and the public are invited to attend.

Born in Boston in 1922 to William Mathew Walterskirchen and Virginia Jean Marie McAuliffe Walterskirchen, Helen spent her early years with her family in Massachusetts while her father attended MIT, then they moved to Butte before settling in Missoula, his father’s hometown.

Helen attended Paxon Elementary School and St. Anthony School, where she graduated in 1940 from Missoula County High School, where she was elected to the National Honor Society. His talent for painting blossomed under the guidance of art professor CB Bartholomew, winning first place in the state art competition and receiving a scholarship for his first year of college at Montana State College in Bozeman. . She placed first at the State Women’s Golf Championship as a junior in high school. Helen was also the editor of her school’s newspaper, which achieved national recognition during her tenure. She became the first female cheerleader in high school.

Helen attended the University of Montana, where she graduated in Fine Arts in 1944. She was president of the Kappa Alpha Theta sorority, as well as a member of the art honor society, Delta Phi Delta.

In 1944, Helen enlisted in the Navy to join the WAVES. After training, she was stationed in the 13th Naval District of San Francisco where she facilitated rapid messaging from Navy observers in the Pacific to Navy Headquarters in Washington, DC She was honorably released as a Lieutenant junior in 1946.

After the war, Helen went to New York and attended the Pratt Institute, where she studied interior design and graduated in 1948. That summer, she attended art school. of Fontainebleau in France.

It was during her stay in New York that she met army veteran George Martin “Marty” Neumunz, whom she married in December 1948.

Helen and Marty moved to Oradell, New Jersey, where they raised their four children. Helen became active in local civic groups, becoming the first woman appointed to Oradell’s town planning council, serving for 14 years. She was also a member and chair of the Bergen County Republican Committee, arguably influenced by her mother, Virginia Walterskirchen, who ran for the Republican seat in the Montana House of Representatives in 1958.

While in New Jersey, Helen continued to pursue her passion for golf, winning the Hackensack Golf Club Women’s Championship six times. After moving to Hampstead, North Carolina, she won a record gold medal 19 times in North Carolina state competitions, winning gold at the Senior National Games at the age of 87. Always keen to improve herself, Helen designed and received a patent. for a golf putter accessory in 1985.

Helen and George retired to North Carolina for 20 years, but eventually moved to Utah to be closer to their family, as well as their summer vacation home in Bigfork.

In the 10 decades she has lived, Helen has always displayed an intellectual curiosity, a great appetite for travel, adventure and an appreciation for a good glass of Chardonnay.

Helen was predeceased by her husband of 65, George Martin Neumunz, who died in 2014.