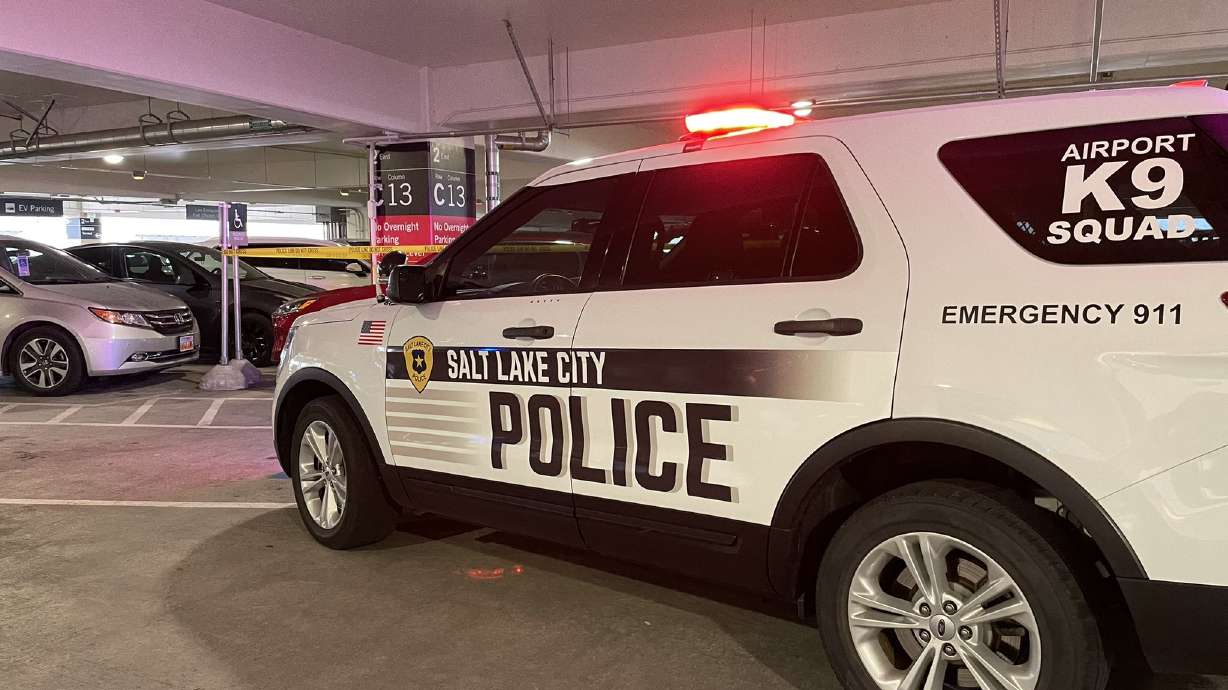 Husband ran over wife at Salt Lake airport, killing her after returning from vacation, police say

A woman has died and her husband was arrested and charged with running her over at Salt Lake City International Airport after they returned from vacation on Monday. (Salt Lake Police)

SALT LAKE CITY — A 38-year-old man was arrested Monday after police say he ran over his wife in the Salt Lake City International Airport parking lot, killing her.

The incident happened as the couple returned from vacation, police said.

Shawn Christopher Sturgeon, 38, was incarcerated in the Salt Lake County Jail for an investigation into “automotive homicide, criminal negligence DUI alcohol-drugs,” according to jail records.

The incident happened on the second level of the airport’s short-term car park around 2.40pm. Charlotte Sturgeon, 29, was hit by an SUV driven by her husband, police say. The couple had just arrived in Salt Lake City after being on vacation.

“Shortly after the accident, (Shawn) Sturgeon drove the vehicle, with his seriously injured wife inside, to the pay booths in the airport parking lot where he requested assistance,” according to a Salt Lake police statement.

Emergency crews responded and found the couple at the toll booths, Salt Lake Police Sgt. said Mark Wian. Paramedics attempted to save lives before transporting Charlotte Sturgeon to a local hospital in critical condition where she died a short time later, police say.

Police did not reveal a possible motive for the incident, or say whether they believed Sturgeon deliberately hit his wife. According to Utah law, a person can be arrested for investigation of a motor vehicle homicide if the driver “operates a motor vehicle in a negligent manner causing the death of another” and has a blood alcohol level over the limit legal 0.05%.

A PIO will brief the media at approximately 5:15 p.m. in the media assembly area. There is no safe area where media can collect videos or photos without affecting airport operations or crime scenes. As such, we publish these photographs of our crime scenes. #slc#Salt Lake City#slcpdpic.twitter.com/P7Y24mYCKH

This story will be updated.

Pat Reavy is a police and court reporter at KSL.com.

Arianne Brown is a breaking news reporter for KSL.com. She also enjoys finding and sharing stories of everyday Utahns, a talent she developed over several years of freelance writing for various Utah news outlets.