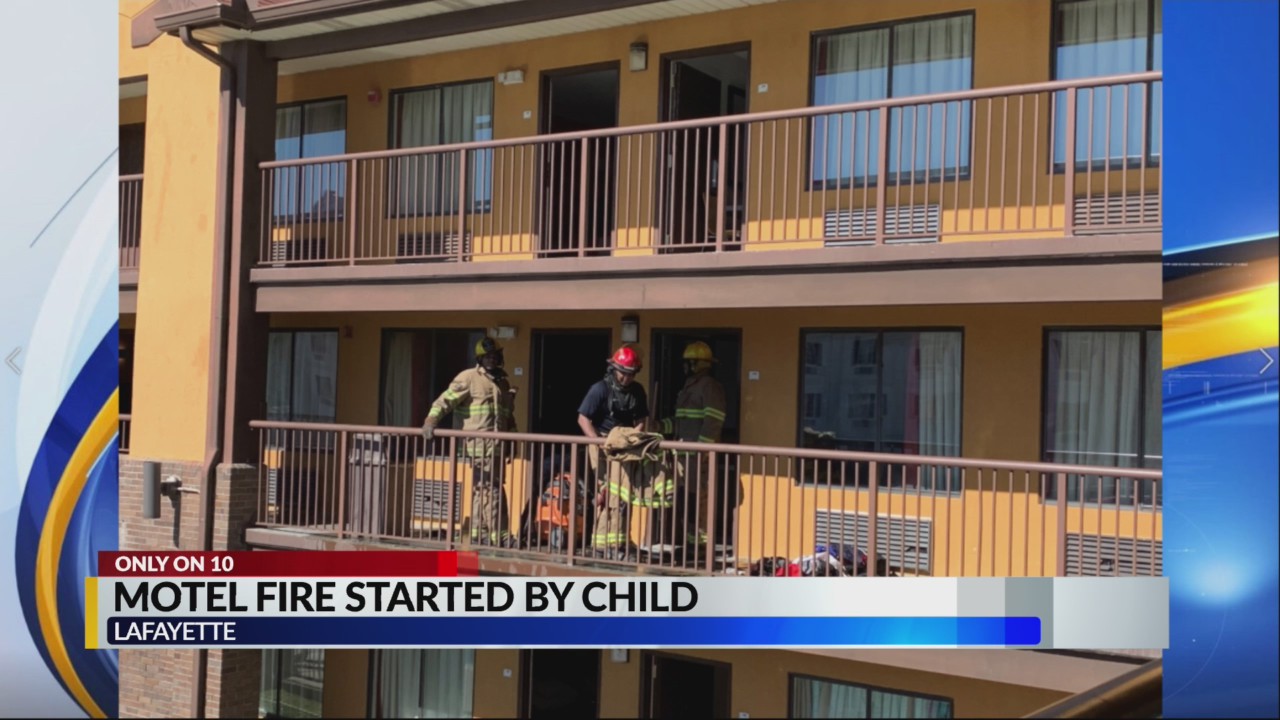 LAFAYETTE, La. (KLFY) A woman and her family say they are grateful to be alive after a young child started a fire in their motel room.

The fire occurred on the second floor of the Motel Six in North Lafayette, where firefighters have now determined it was accidentally started by a child.

“The woman’s eight-year-old son was playing with a lighter and he burned his hands. It’s a little bad on two of his fingers and part of his face,” said Alton Trahan, public information officer for the Lafayette Fire Department.

Barbara Francis is the eight-year-old’s mother. She says she has been staying at Motel 6 for 3 weeks and now has no shelter for her and her three children.

“I have mixed emotions. It could be worse. We could have been badly hurt,” Barbara Francis said.

“Someone could have died. Someone who wasn’t even in the room, anything could have happened.

Nikki Batiste, who is a friend of Francis, was outside the room when the fire broke out.

“I walked out of the room for exactly two seconds.”

She describes the sound of an explosion she heard outside the room.

“I was knocking on the door to try to get in, to see what was going on. I came in and there was fire all over the bed,” she said.

“I think I have an angel over me. That’s kind of how I always pull through. I just thank God we’re still here.

Now she is reaching out to the community for help.

The Salvation Army offered to help the family. Additionally, the family created a GoFundMe account.