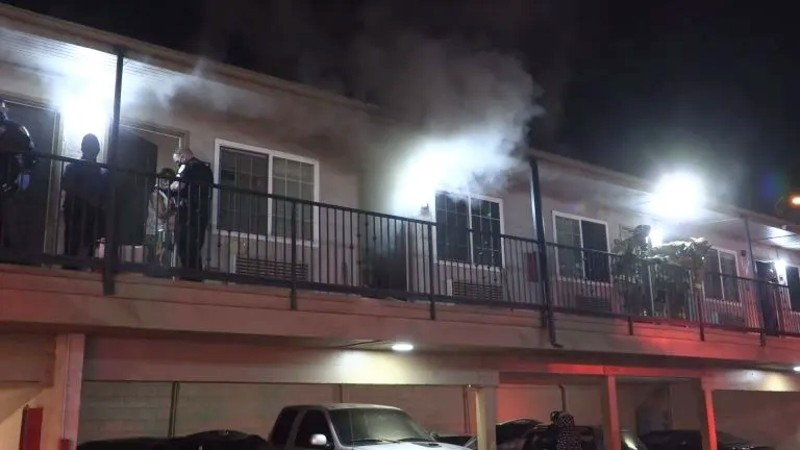 A National City hotel believed to be a magnet for prostitution and sex trafficking has been ordered by a judge to allow city inspectors onto the grounds because “dangerous visitors reside or visit property regularly”.

The Rodeway Inn along Interstate 5 is described as a ‘nuisance property’ in court documents seeking access to allow National City compliance inspectors to check both the interior and exterior of the hotel.

The warrant was filed in San Diego Superior Court and issued by Judge Katherine Bacal.

The warrant, a copy of which The Times of San Diego recently acquired, states: “The city has reason to believe (and in fact knows) multiple violations threatening the health and safety of occupants, neighbors and the public by general. ”

A primary school is located 800 meters from the hotel and a secondary school 1.6 km away.

City inspectors want to confirm “the existence and extent of 17 ongoing violations” to determine what additional legal action may be needed to “protect the community.”

The hotel owner did not respond to a request for comment.

The warrant details how hotel occupants and visitors allegedly engaged in serious criminal acts, including drug use, prostitution and “other criminal activity”.

The Rodeway Inn has already had over 315 service calls since January 2020 regarding alleged criminal activity on the premises.

In December 2020, a woman was found stabbed in a burning room, and her attacker later pleaded guilty to attempted murder, arson and pimping.

The filing also lists other issues, including electrical hazards, fire damage, and debris of all kinds, including cannabis containers, condom wrappers, bottles, and “other nuisances and conditions.” unhealthy”.

California Secretary of State records indicate that the owner is Harshad Patel, and his Luv-Kush Enterprises office is located in the hotel on Roosevelt Street.

He responded to a report last May, acknowledging an “ongoing problem” with prostitution. But Patel said at the time his hands were tied, noting he “cannot refuse anyone entry” as that would be discrimination.

JW August is a San Diego-based broadcast and digital journalist. August has reported on sex trafficking and labor for twenty years and is a board member of the Bilateral Safety Corridor Coalition.