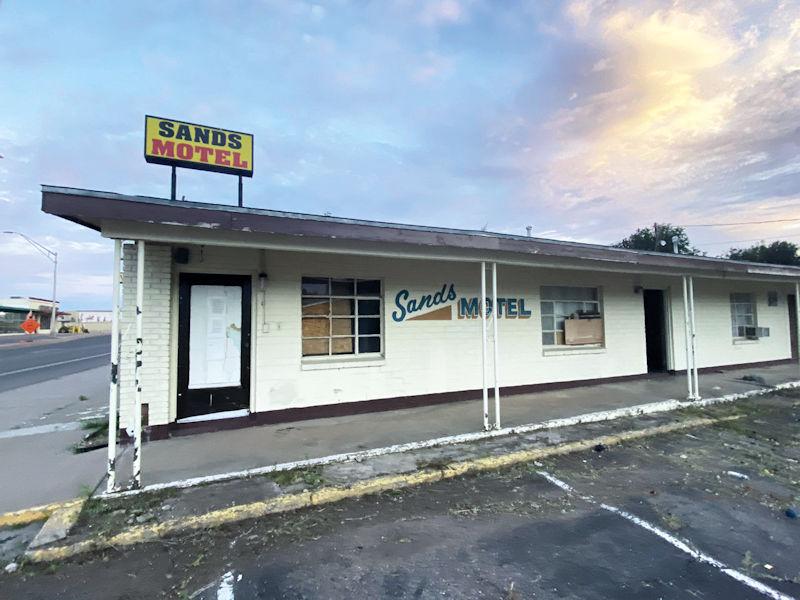 One more step towards demolition

The Sands Motel is one step closer to demolition following a decision by Socorro City Council last week.

However, the city will first have to pay $134,000 to remove the asbestos from the structure. The money will be spent from municipal reserves. The city administration plans to place a lien on the property in an estimated range of $180,000 to $200,000 to recoup expenses after it is cleaned up.

The motel is located on California Street, a main thoroughfare in the city. Sometimes people seek refuge in vacant buildings. According to previous coverage, from 2018 to 2021, the Socorro Police Department has property-related reports that include trespassing, burglary, possession of controlled substances, and a structure fire.

The city council approved the condemnation of the vacant property last summer, but was prepared to reverse that decision if the owner showed improvements to the property. The city administration has been unable to contact the owner since last year, even through the lawyer who represented them at a city hearing last summer, according to Mayor Ravi Bhasker .

In January, the city administration looked into legal issues related to the demolition of the motel. Bhasker told council last week that they had legal permission to demolish the building. The Council approved it unanimously.

“I think at this point it’s such a bad thing for the city that I’m not going to hesitate to spend that money up front, and it’s money. It’s money we have in storage and I can’t think of a better use for that money than to clean up this little place,” Bhasker said. “It’s going to be hell for this owner. I will try to get all my money back one way or another.