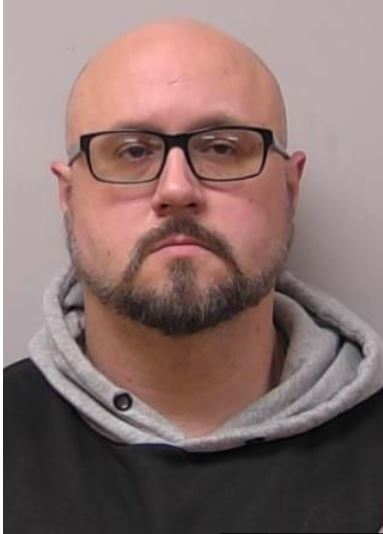 Technology seems to be the ruin of Alphonse Grzelakowski. Again.

The parolee was charged Tuesday with shooting a longtime friend on Christmas Day in Chesterfield Township, police said.

Grzelakowski, 39, was arraigned in District 42-2 for assault with intent to murder, felony with a firearm and possession of a firearm by a criminal. He is being held at Macomb County Jail on $ 250,000 bond.

Chesterfield Township Police said officers were called around 2:30 p.m. Sunday to respond to a report of a shooting.

Investigation shows that the shooting took place the night before, at Christmas, but the victim himself saw a doctor at a hospital in the area.

Sgt. Ken Anderson said the victim, a 43-year-old Chesterfield man, was shot dead following an argument at his home in the Cotton and Donner Road area.

“The two had argued in the backyard and the suspect shot the victim three times,” Anderson said in a press release. “The victim sustained superficial injuries to his arm and leg.”

Police said Grzelakowski had fled the home, but authorities were able to track his movements using a GPS electronic tether he carried as a condition of his current parole restrictions.

He was arrested without incident at his brother’s home in Roseville, police said.

It was not the first time that Grzelakowski had problems with the technology of a GPS hitch.

Grzelakowski was paroled after serving three years in prison for his role in the attack on a 31-year-old Wixom man who went to meet a woman at a motel in Harrison Township.

In that case, he was one of four people accused of hiding in the bathroom of a room at the Ruth Motel. When the man from Wixom entered the room, the defendants assaulted him and stole $ 150 in cash with his cell phone, watch and a knife.

After the man was able to escape, he notified the Macomb County Sheriff‘s Office. MPs said the motel room was empty, but found two of the suspects hiding in a car.

An assistant noticed a ringing phone on the bed and picked it up. He found an operator from the Michigan Department of Corrections on the other line, checking the status of the department’s GPS tether, which Grzelakowski was wearing due to another conviction.

After verifying the assistant’s identity, the operator gave the assistant the location of the tether, which was on Lamour Street, not far from the motel, and arrested Grzelakowski.

He was convicted of armed robbery and unlawful imprisonment in this case. According to the MDOC, Grzelakowski served a sentence for theft, fleeing the police and criminal assault. He was sentenced to probation for assault, retail fraud, delivery of a controlled substance and escape from the police.