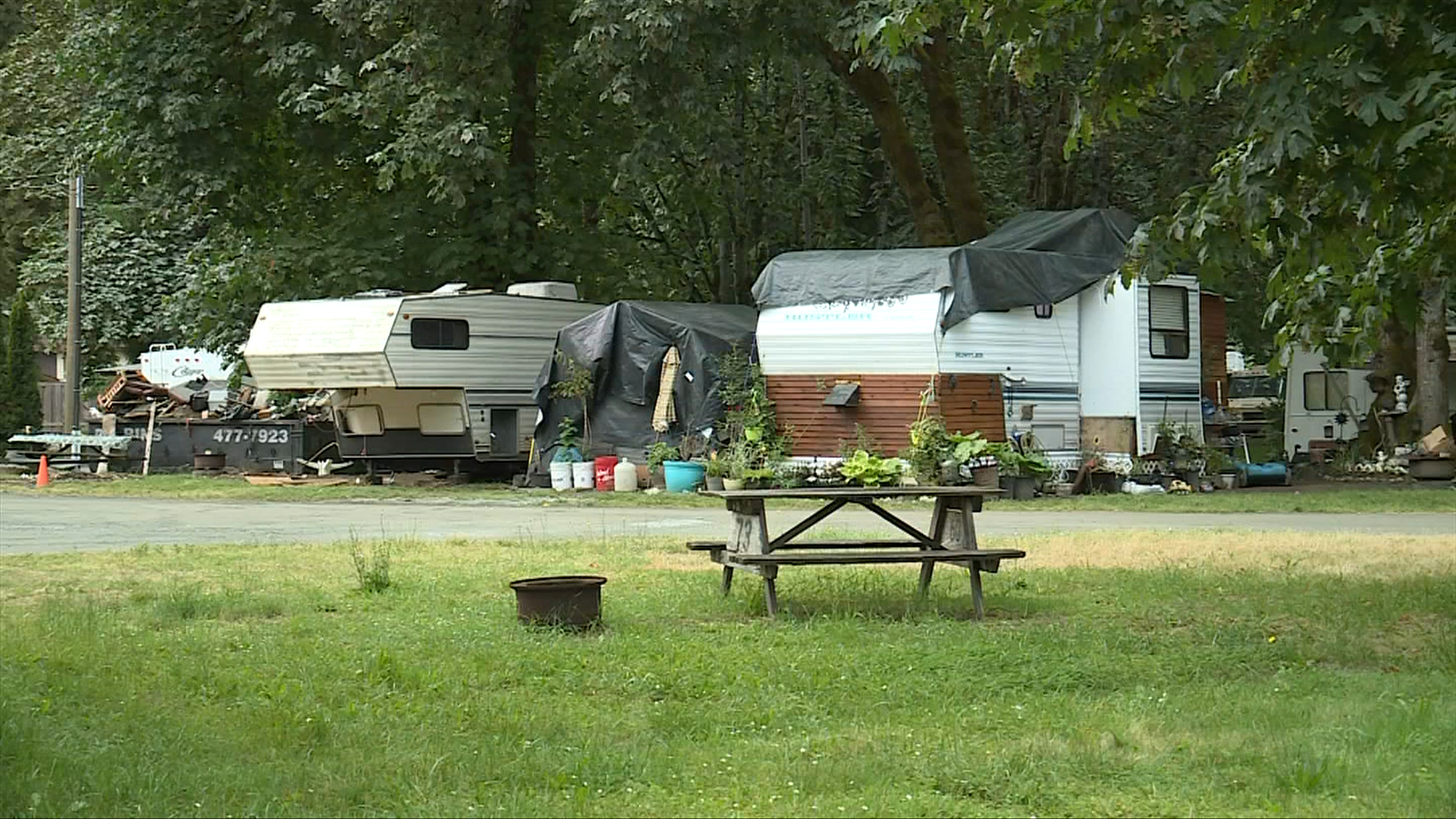 Some long-term tenants of a Cowichan Valley campground and RV park are scrambling after price hikes forced some to move.

Carol Lawson is among them living at RV and camping by the river. She has lived along the Cowichan River House for five years.

“I knew there would be a price hike, but it’s so beyond that. I only have two pensions. CPP and OAP and it’s like $900 a month to live on. I just don’t think that’s fair,” Lawson said.

Hiking means she has to move.

She is among those living at 15 sites along the Cowichan River who are facing an increase.

“I was told they couldn’t accommodate my bus in this park. It’s too big. There’s no room for me,” said Sonja Mutch, another camper.

New owners have recently taken possession of the property which has over 150 people living here. Many are low-income people who have lived here for years, some for over a decade.

Other changes saw the toilets closed and a lot more stress on what might happen.

“There is no happiness here. It is not like it used to be. Everyone is just a bunch of tense sick people. My stomach hurts,” said Jeanyne Raper, another camper.

Wes, 78, a war veteran, has lived here for a decade and says he thinks he has only one option if his rent goes up.

Others are in a similar situation.

The property is commercially zoned in the Cowichan Valley Regional District for campground and tourist accommodation.

None of those who live here have tenancy agreements – something that would protect tenants.

The manager of Riverside RV & Camping says a request to talk to the new owner but he declined to comment.

Lawson says unlike some, she has at least some options, albeit limited.

“My unit here is going to be stored at a friend’s house in Cedar and I have my truck and an RV and I will be living in my RV.”

It’s part of a housing crisis currently playing out for some in the park in real time.

Residents of Riverside RV & Camping in the Cowichan Valley say they will have to move after management hiked prices. (CHEK News)