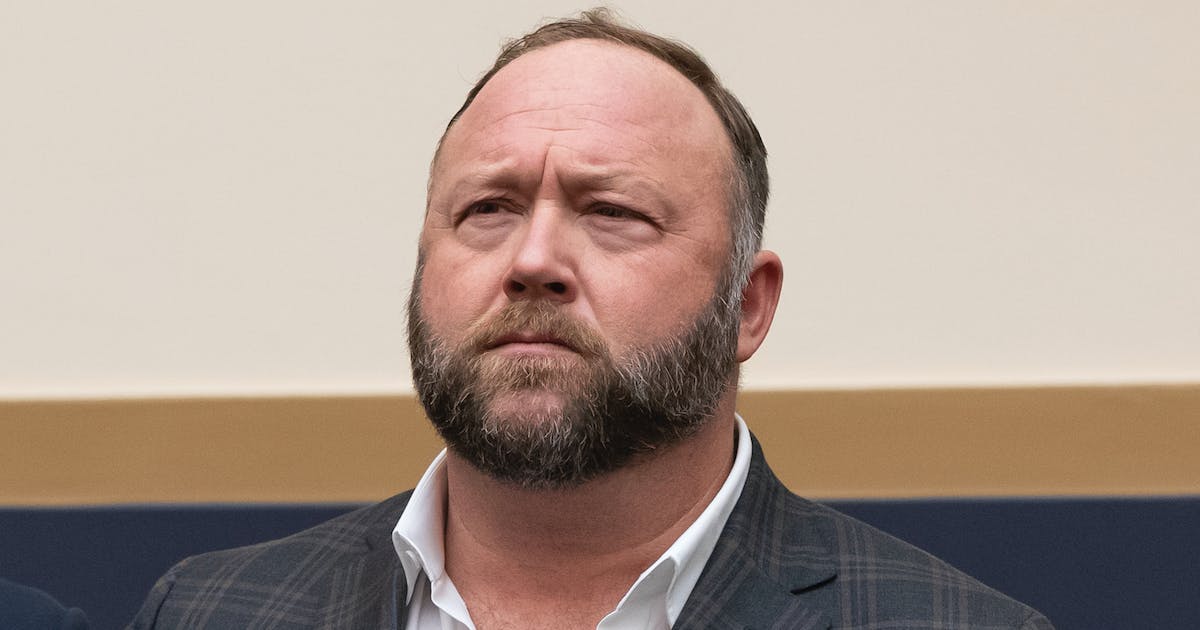 My granddaughter escaped from her life at Sandy Hook Elementary School in 2012. So I followed the news about the lawsuit against Alex Jones and his painful claims that the massacre of 26 (mostly students from first year) never happened.

It reminded me that in April 2013, listeners to the Twin Cities “Davis and Emmer” talk show heard Bob Davis on KTCN Radio (11:30 a.m.) say that families in Sandy Hook who had lost loved ones could ” go to hell” for violating his Second Amendment rights. Davis also said, “I’m sorry you suffered a tragedy, but you know what? Deal with it and don’t force me to lose my freedom, which is a bigger tragedy than your loss.”

At the time, I wrote about 30 letters to the show’s advertisers asking them to pull their ads. I had feedback from only one advertiser who agreed with me. Meanwhile, it took Davis four days to apologize and he was not dropped from the show.

I know we have freedom of speech in this country. People seem to be able to say what they want to say.

Maybe in 2013, out of anger, I should have gone to the train station and slapped someone a la Will Smith. But now Alex Jones has offered to pay millions not to say what he said. The families refused the money to settle the case. You know what Alex? Deal with it.

I think it’s wonderful that the Minnesota Legislature and Governor Walz are committing money to help find a cure for ALS (“For those with ALS, ‘this bill means hope,'” 31 March). However, if we’re honest, a cure – if it ever comes – is years away. The best thing we can do is help these people now with a dignified death.

My 55 year old son passed away last year from multiple system atrophy (MSA), a close cousin to ALS (amyotrophic lateral sclerosis). As you know death is really horrible – can’t breathe, can’t swallow and so many other complications. Luckily for him, all of our family, and his many friends, he lived in Oregon, where there is a death with dignity law. He knew how to choose his hour and managed to avoid all the ugliness of an interminable death. He was a savior to all of us and such a blessing to him.

Let us work to create a compassionate death for those suffering from this cruel condition. We have fond memories of the day he died instead of watching him slowly die in pain.

SNOW ON THE SIDEWALK

I agree with the Star Tribune editorial board – we don’t need Minneapolis or St. Paul to clean all the sidewalks (“Diggers Loose and City Spending,” March 24). I run almost every day all winter in Saint-Paul. Eighty-five percent of parkways are generally plowed fairly soon after snowfall. To solve the problem of the remaining 15%, the editorial staff makes excellent suggestions.

But I have other concerns about sidewalks in winter. One of the biggest problems are the sidewalks which, even though plowed, are still icy. Why? Two reasons: First, at least in Saint-Paul, they are unequal. Not only is it a tripping hazard all year round, but there are low areas where water collects and, in winter, freezes over. Second, many homes have downspouts that drain directly to sidewalks.

To eliminate ice, spend more money on improving sidewalks and drainage. Name the homeowners who squirt water directly onto sidewalks.

Another big problem is snow ridges left by snowplows at intersections. Often homeowners do not dig a path through these mounds. Climbing the ridges at each intersection is dangerous, especially if the path above the mound becomes icy. The ridges are a blockade for anyone using a wheelchair, stroller or walker.

This is where cities could do additional snow removal. Cities could use small front-end loaders to clear snow at intersections to ensure easy access through every street.

These changes, coupled with the solutions suggested by the editorial board, would make navigating our sidewalks much easier. The cost would also be much less than citywide, city-funded sidewalk snow removal.

In response to “It’s cabins versus campground as county debates lakeside RV park” (March 29), I – as a member of the Gun Lake Environmental Alliance – feel misrepresented. Most alliance members don’t object to the campground. We just want it to be the appropriate size for our small lake in Aitkin County and are requesting an Environmental Assessment Worksheet (EAS).

The developer offers 22 RV sites on a marshy shore with 22 slides and a boardwalk on a 712-acre lake. (To give a frame of reference, Lake Minnetonka is 14,000 acres.) I’m also concerned that large septic tanks should be buried and emptied frequently (depending on frequency of use).

The article presents a rich versus poor argument, when really it is a dispute over whether a developer who can potentially profit at the expense of the environment should be allowed to follow a plan without having to first performed an EAS. An environmentally friendly plan would protect the interests of the proponent own investment, as it would secure customers for years to come.

Hey, basketball fans. Last month was March Madness. Not just for college teams, but also for high school students. I watched dozens of games and was amazed by one thing: nobody uses the panel anymore.

It’s maddening! Each team would get an extra eight to ten points per game if they just banked it instead of going finger rolling. Using the backboard spins the ball, which drops into the basket. It also helps prevent a defender from blocking the shot and risking a goalie infraction.

On the rare occasions when players actually use the backboard, they do so incorrectly – they don’t come up high off the glass at the intersection of lines as we were taught back in the day. Instead, they sit it barely above the edge. These are the worst that stick out from the edge and make me want to pull my hair out.

If anyone reading this knows a basketball coach please tell them something so I don’t lose my mind. Thank you.

We want to hear from you. Send us your thoughts here.