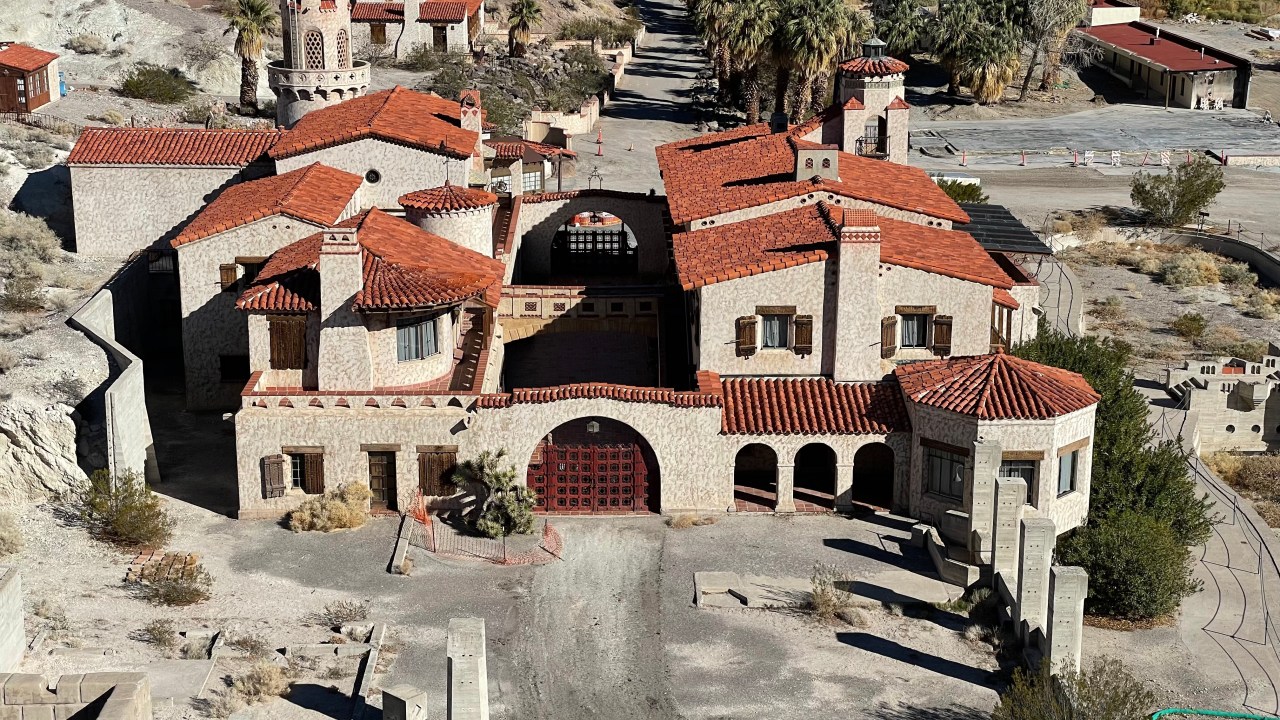 Save Scotty’s Castle in Death Valley

DEATH VALLEY (KLAS) “It was a dream, built on a lie, and devastated by a storm. Historical Scotty’s Castle in Death Valley National Park remains off-limits to most. It has been that way for more than six years since a flash flood forced the government to close the site.

There are a few people, however, who can watch the castle. It is the workers and volunteers who repair what nature has destroyed and damaged. Abby Wines works with the National Park Service and showed 8 News Now around the structure to see where the restoration work was.

In 2015, Death Valley received a year of rain in one afternoon and nearly swept away Scotty’s Castle. “We lost our water system, our road, our sewage system, electricity, telecommunications,” Wines told *News Now.

The road to the castle was destroyed. Electricity and water lines were cut. Layers of mud filled the property. When 8 News Now visited in 2017, it was still a mess. And just then, in April 2021, the planned reception center burned down. “We originally thought it would take 3 or 4 years,” Wines said. “Now we are at 6 and waiting a year and a half until the castle is opened.”

A DESERT DREAM BUILT ON A LIE

“It’s okay to say it was built on a lie,” Wines told 8 News Now. In the early 1920s, con man Walter Scott convinced Chicago businessman Albert Johnson to invest in a gold mine in Death Valley. The only problem, there was no gold mine. The gold would be mined in the valley, but not by Scott.

But it turned out that Johnson wasn’t upset about being cheated. Instead, the couple built the majestic vacation home in the middle of nowhere that is now known as Scotty’s Castle. “It’s a really beautiful and special place with a fun story. A truly unique Western story,” Wines said.

Once the restoration is complete, the government will have spent approximately $60 million. It’s a high cost that makes some people wonder why fix it? “This is really a question for people who have never been here before,” commented David Blacker, leader of the Death Valley Natural History Association. “Once you come here. Once you see this amazing place and this amazing place in an amazing desert, you stop asking that question.

One day a week, Blacker is authorized by the Park Service to lead extremely limited castle visits. And tours have been hugely popular and are booked through the end of 2022.

A trip to the depths of Death Valley isn’t complete without at least discovering an ornate castle in the desert that hasn’t been lost in time, but is taking time to preserve for future generations. can take advantage of it.

In Gatumba, a state-of-the-art health post for the benefit of internally displaced people – Malawi