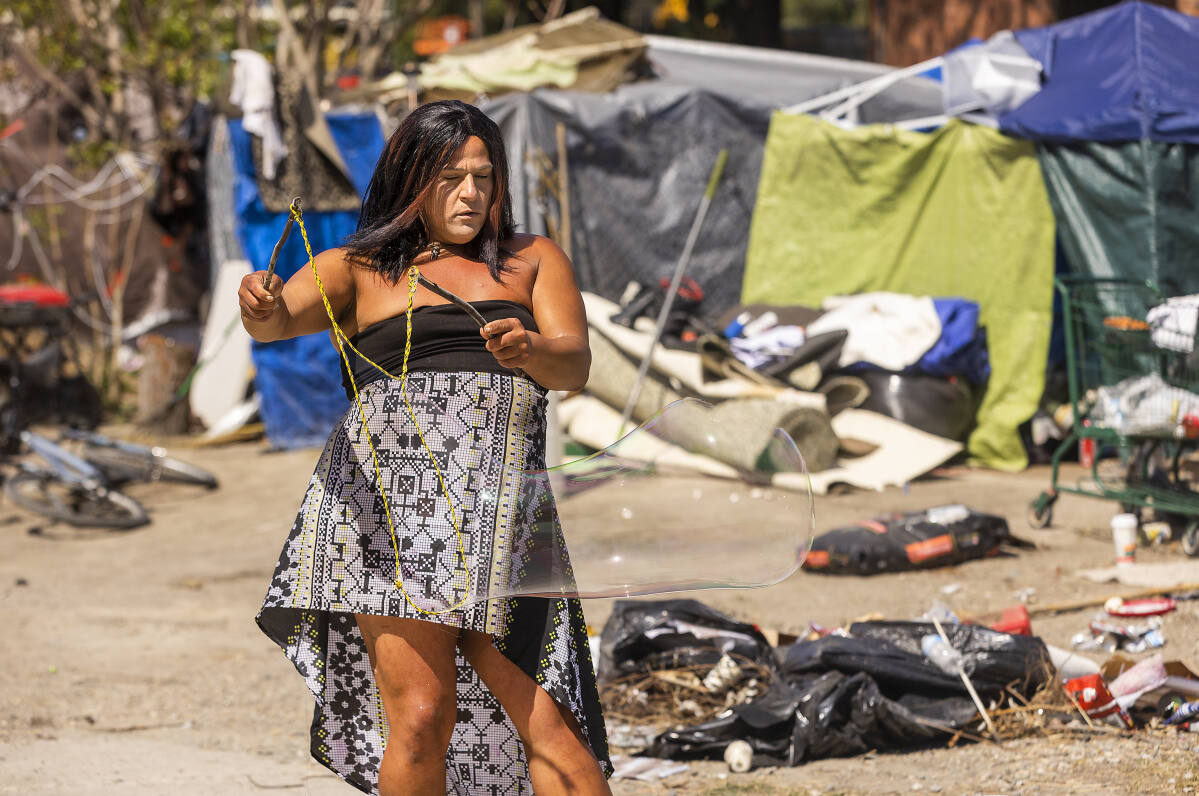 Authorities closed parts of the Joe Rodota Trail in Santa Rosa to clear a large homeless encampment on nearby private property, according to Sonoma County Regional Parks.

The agency closed sections of the trail from Roberts Avenue to North Dutton Avenue and from North Dutton to Roseland Avenue on Thursday.

Regional park officials said they aim to reopen the trail by Monday morning. But Santa Rosa police, who are enforcing campsites on the property near the trailhead, said there were no plans to disband the tented camp of about 70 people on Friday or over the weekend. end.

Still, police said they are working with the owner on a strategy to remove people from the old Shamrock Materials lot just south of Highway 12 and west of Highway 101. This includes the erection of a barrier around the property to ensure that homeless residents do not return. .

Police say officers have in recent weeks warned campers to leave the property at 285 Roberts Ave. and had recently issued citations for trespassing. Others may have been arrested on outstanding warrants or other charges, police said.

Sergeant Santa Rosa. Josh Ludtke said the camp could be disbanded “in the near future”, but declined to provide a specific timeline.

“We try to give everyone the opportunity to leave on their own,” Ludtke said.

The lot is owned by Roberts Avenue Properties, according to the county assessor’s office. This entity was registered by Eugene Ceccotti, former president of Shamrock Materialsaccording to county business records.

Attempts to reach Ceccotti were unsuccessful.

Regional Parks marketing specialist Sarah Phelps said the agency plans to keep the trail fenced until the camp is cleared to prevent homeless residents from settling along Joe Rodota. Regional parks will give a public update if the trail is expected to remain closed next week, she said.

Ludtke said police have coordinated with outreach teams to provide shelter and services to campers, even though the city has no legal obligation to do so because the camp is on private property. But most residents refused accommodation beds, he said.

Homeless people are refusing placements in group shelters — including the city’s Samuel Jones Hall — for a variety of reasons, ranging from health and safety concerns to an unwillingness to abide by curfews and other rules. Some may have mental health or mood disorders that make it difficult to live closely with others.

The county only has enough emergency or transitional housing beds for about a third of the region’s roughly 2,700 homeless people, according to the latest available information. roaming data as of 2020. More than half of the county’s homeless population lives in Santa Rosa.

Jalon Luque, a 25-year-old camp resident, moved to the Roberts Avenue encampment from a recently opened city homeless camp in Rohnert Park. He said he left because other residents stole his money and called him racial slurs.

On Friday, he stowed his belongings at Shamrock’s former property to avoid a citation. He was trying to reach a friend with a car to drive him, but didn’t know where to go next.