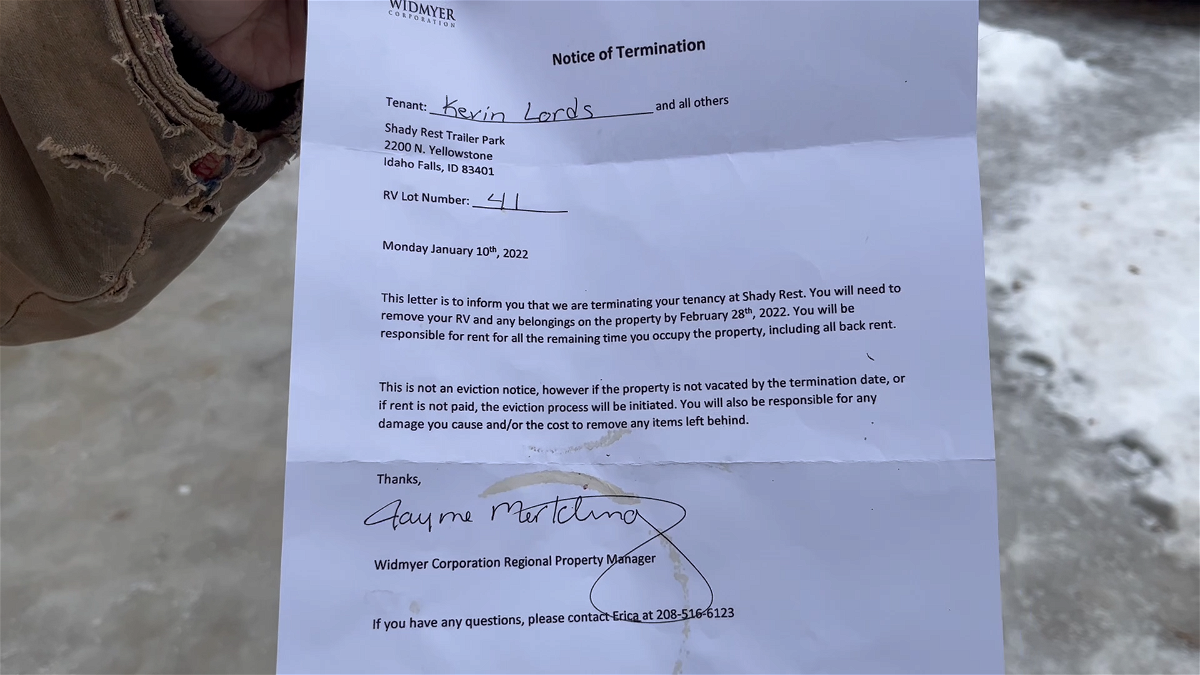 IDAHO FALLS, Idaho (KIFI) – Shady Rest Campgrounds is forcing most of its residents to relocate to another RV park.

Every RV resident received a letter regarding the notice of termination on January 10. That letter asked residents to “voluntarily leave” by Feb. 28 or Feb. 28. If residents did not comply, they would face eviction.

The management of Shady Rest is brand new after its acquisition two or three months ago. This new group called Widmyer Corporation now wants to clean up the place and fix many ongoing plumbing and sewer issues. Many residents recognize and hope that these issues will be resolved.

The problem here is that many of these residents have nowhere to go. Some do not have enough income to find another place to live. A resident told us that most people will have to leave their RVs altogether, as many of them are too old to qualify to live in other RV parks. The icy roads will also be a challenge for anyone leaving the place.

A few have plans in place to move, but fear others in the park have nowhere to go and could soon become homeless.

“I will try to move mine to a park in Rigby,” said resident Kevin Clapp. “I don’t know to what extent it’s going to kind of fall apart. There are people here like this lady who was down three or four in the motorhome. I don’t think this motorhome will move one day.”

Motorhomes are still waiting for official parking in Malaga