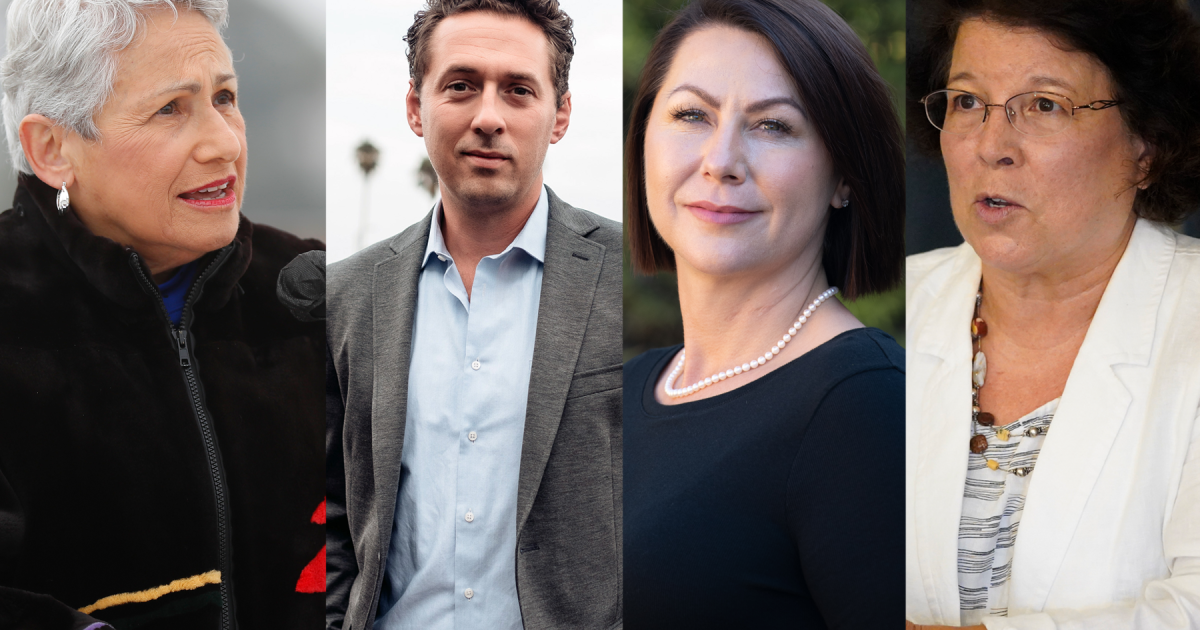 The race is seen by some as a referendum on the city’s increasingly pro-growth policies, which are unpopular in many of the communities that make up District 2 – Clairemont, Point Loma, Mission Beach and Old Town.

Others see it as a referendum on Campbell, who faced an unsuccessful recall campaign last year after being criticized by many neighborhood leaders as unresponsive to their concerns and requests for information.

Only two incumbents have lost San Diego City Council races since 1992, but both cases date back just four years to 2018. And Campbell is the city’s first Democratic incumbent not to be endorsed by the county party in two decades.

Campbell has been endorsed by Mayor Todd Gloria and the unions, she has a big lead in fundraising and she has better name recognition than her opponents – except maybe Saldana.
Candidates who finish first and second in the primary will advance to the second round in November, even if the first in the primary receives more than 50% of the vote.

Campbell, 76, is running on what she calls a long list of impressive accomplishments. She brought San Diego its first comprehensive vacation rental legislation and recently created a compromise on where street vendors can operate.

During her second term, she says her priorities will be to pave the way for dense housing near the sports arena and to address the city’s worsening homelessness problem.

“We need to get these people off the streets and get them on treatment,” she said.

Regarding complaints about the lack of response, Campbell said part of the problem was that his employees were working remotely during the pandemic.

“I’m sorry some people feel that way,” she said. “We tried to do the best we could.”

Havlik, a member of the Peninsula Community Planning Board, said this week that Campbell should be ousted because of her staff’s insensitivity and what Havlik calls a lack of transparency.

“A lot of the community doesn’t feel heard and feels they’ve been lied to,” Havlik said, criticizing Campbell’s vacation rental legislation as being too industry-influenced.

Havlik, 40, is the only one of the four leading candidates to live on the coast, and she says that should be an issue in the race. Campbell, Saldana and Day all live in Clairemont, which was united into District 2 in the last wave of redistricting.
The city’s redistricting committee drastically reshaped District 2 this winter, eliminating Pacific Beach and pulling in eastern Clairemont, which was part of inner District 6.

“I think a coastal candidate would be the most viable candidate,” Havlik said. “The coast must have a voice.”

Havlik said a coastal resident would focus on maintaining the city’s 30-foot coastal height limit for development, while fighting dense housing proposals that would detract from the character of seaside communities.

Saldana, who served in the state Assembly from 2004 to 2010, has similar views to Havlik on the city’s housing policies. While she doesn’t formally object to lifting the 30-foot height limit, she wants the city to make sure the infrastructure is in place to support new developments.

“This rapid developer push will only leave us with long-term problems when our infrastructure breaks down,” she said.

Saldana, 63, said her experience at Statehouse and her long career as a college educator would make her an ideal council member.

“I have a combination of theory, research and practical experience that no one else has,” she said. “It’s much wider and deeper.”

She co-authored the state’s marriage equality law and helped guide California through the worst recession since the Great Depression.

Day criticized her for failing to pass many important laws in Sacramento. Saldana points out that she was a Democrat working against a Republican governor, Arnold Schwarzenegger.

Saldana says she would prioritize transparency and listening to the community if elected. She said the recall against Campbell speaks volumes about how residents view the incumbent.
Day agrees with Saldana that Campbell should go, but he says his experience as a former high-level administrator at City Hall makes him the best candidate.

“I know the levers you have to pull at City Hall to achieve big goals and solve big problems,” Day said, citing vacation rentals and the lack of affordable housing as top concerns. “Nobody else in racing has that kind of experience.”

Day, 36, oversaw the city’s volunteer boards and commissions under Mayor Kevin Faulconer, who also tapped Day to help lead the city’s initial pandemic response in the spring of 2020.

He acknowledged that the growth concerns raised by Havlik resonate in many District 2 neighborhoods, but he criticized his lack of experience.

“You don’t go to people who aren’t tested, especially after the community had such a bad experience with Campbell,” he said.

Day pointed out that he would become the only city council member with young children if elected, calling it an important perspective that was missing.

A fifth candidate, Republican Linda Lukacs, did not respond to interview requests. Lukacs, a dentist and educator, said she would restore confidence and pride in District 2 if elected.

A sixth candidate, owner Dan Smiechowski, did not participate in election forums or raise money.

Throwback to the highways, motels and divers around New Braunfels | Community alert